If you were in Uptown this past weekend, you may have gotten a whiff of the savory aromas coming out of the Beer, Bourbon, & BBQ festival. On Saturday, just outside of the Panther’s stadium, the festival celebrated its 14th year in the Queen City.

Tickets got you a commemorative sampling glass so that you could get your fill of the 60+ beers and 40+ types of bourbon that were being freely poured. Attendees were welcome to get “all-you-care-to-taste” samples. In addition to the free-flowing booze, there were also several award-winning BBQ carts as well–VIP ticket holders also got a free plate of food included!

Surprisingly, the unlimited sampling didn’t cause any disturbances (at least not during the three hours I was there.) Everybody was having a great time tossing back samples, nibbling on fried pickles and pulled pork, and jamming to the live music. The throwback songs played by the band had people dancing and singing along. No one was belligerent, and only a handful of people were getting sloppy. Not too bad for an all you can drink event.

I did my own fair share of sampling, to be sure. I’m not much of a beer drinker so my favorites for the day ended up being an Apple Pie Moonshine from Sugarlands, a Cherry Key Lime sour from Wicked Weed, and a margarita in a can from Cayman Jack. My least favorite sample would have to be a really dark peanut butter espresso beer.

I was also lucky enough to hop in line and snag some pulled pork samples. It was truly delicious, but I’m one of those people that likes to live in denial and thinks meat originates at the grocery store and doesn’t actually come from animals. So, seeing the whole hog...it was superbly delicious though. I have to admit.

Speaking of food, unfortunately, one of the BBQ vendors that was scheduled to be in attendance didn’t show up. So, the five that did show started to run out of food around 5 o’clock, an hour before the end of the festival. Fortunately, I didn’t miss out completely and got my hands on a Hot Mess Platter. Piles of chicken, pork, and brisket with mac-n-cheese, spicy corn, and baked beans on the side. Oh, and of course I grabbed a funnel cake on my way out because you have to eat funnel cake at a festival.

If you have never made it out to the Beer, Bourbon & BBQ festival before, you definitely need to mark your calendar for next year. It is a super fun and delicious experience–and I mentioned it was all-you-can-drink, right? 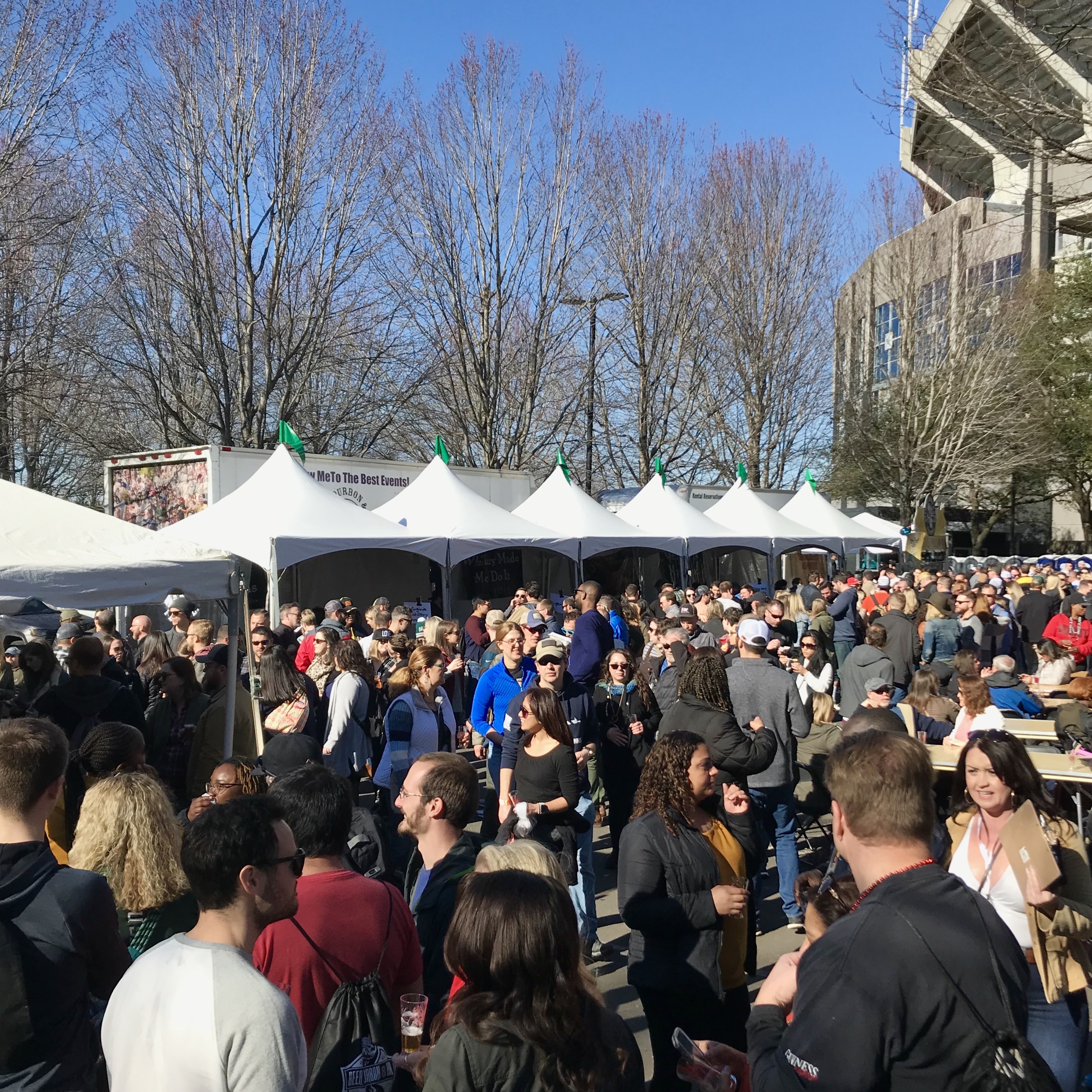 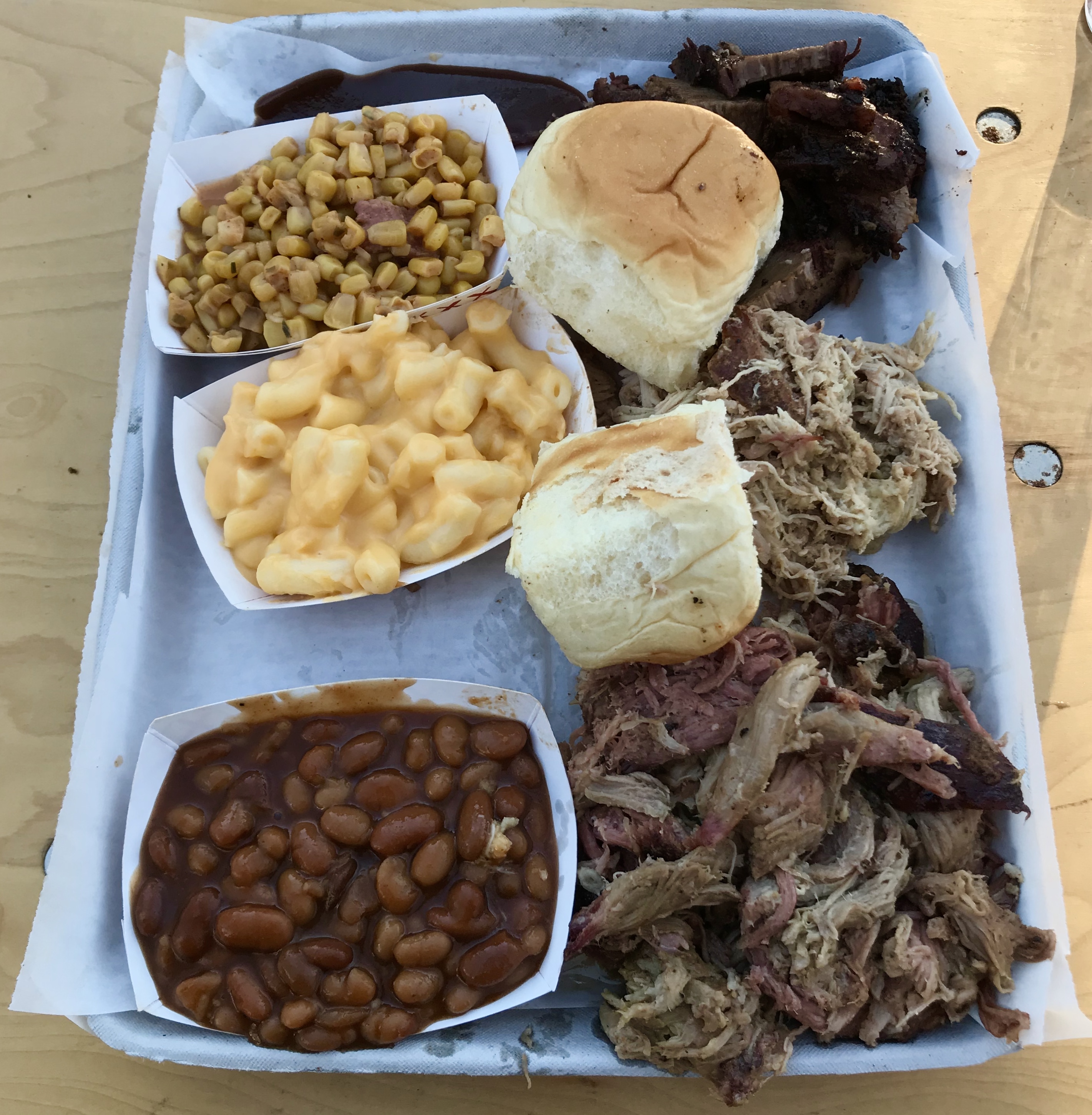 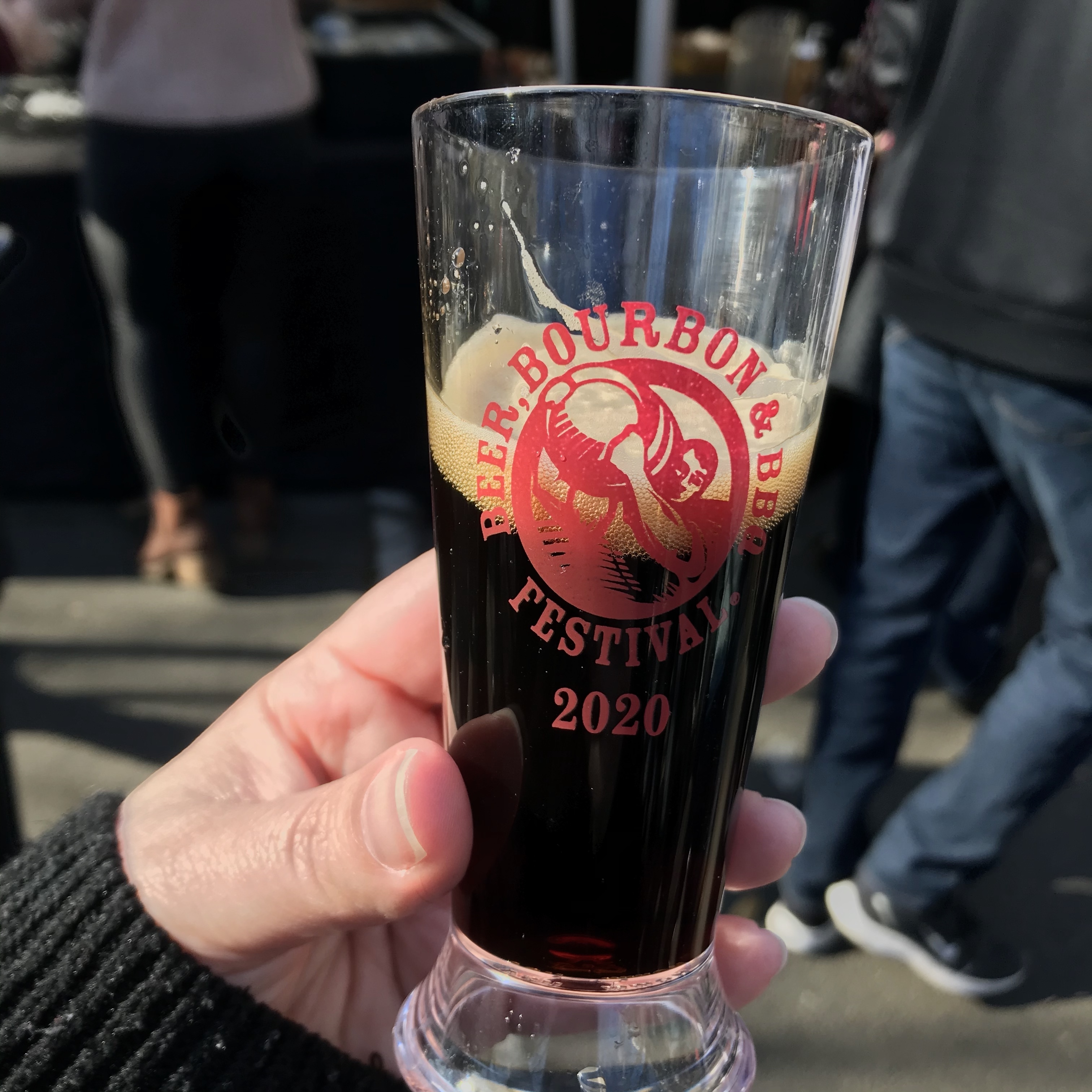